The Rosebud County Fair Board proudly announces Clay Walker appearing at the Fair on Saturday, July 20!  Reserved grandstand tickets are $35 and $40.  Party pit tickets (standing area in front of the stage) are $50.  Bleacher seats (general admission) are $35.  Tickets are available NOW by calling the fair office at 406-346-2144

Clay Walker is one of those artists who just seems to have a natural sense of what it takes to please an audience. Whether on stage or in the recording studio, Walker never gives less than a hundred percent, and it’s that kind of dedicated work ethic combined with God-given talent that have made him one of the most successful country acts today. Walker first topped the Billboard country singles chart in 1993 with “What’s It to You” and followed with his second consecutive No. 1 hit, “Live Until I Die.” Since then he’s placed 31 titles on Billboard’s singles chart including such additional chart toppers as “Dreaming with my Eyes Open,” “If I Could Make Living,” “This Woman and This Man,” and “Rumor Has It.” He’s scored four platinum-selling albums, signifying sales of a million units, and two gold albums, discs that sold over 500,0000 units. The Houston resident has never strayed far from his Texas roots or the Lone Star lifestyle. In fact, one of the accomplishments Walker is most proud of is having placed seventh in the cutting horse competition at the Houston Livestock Rodeo, the largest rodeo in the United States. He took the prize with his horse Maddie. It’s an impressive feat, made even more special because Walker was diagnosed with multiple sclerosis in 1996. “If you’d asked me when I was diagnosed that first day if I would still be alive, I would have said ‘No’ because that’s what the doctors said,” he admits. “But here I am, and actually I’m probably healthier than I was [when I was diagnosed.]” After more than a decade in the national spotlight, Clay Walker believes the best is yet to come. “I trust my gut more than ever now,” he says. “I definitely don’t feel like a rookie, but at the same time, I think the best years of my recording career are ahead of me. I believe if the good Lord wants it, who’s going to stop it?” 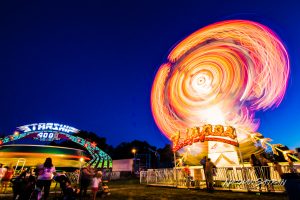