Rosebud County is steeped in history and culture. Although the county formed in 1901, Plains Indians had flourished in the area, living off the land for decades prior. The Yellowstone River brought the Lewis and Clark Exploration to what would later be Rosebud County in 1806 when Captain William Clark traveled through. This was later followed by early pioneers, explorers and settlers, traveling west with the hope of vast opportunities for a better life.

The presence of the Northern Pacific and Milwaukee railroads not only helped define the early settlement of Forsyth, the county seat, but the community of Colstrip and coal mining, and the north side as well. While the Milwaukee ran north, the Northern Pacific completed a spur line from Forsyth to Colstrip for the purpose of operating a coal mine to fuel the trains. The inaugural mine opened in 1925 and years later was sold to Montana Power Company.

The existing courthouse was completed January 5, 1914. It was at the time a controversial and epic endeavor.  As stated in “A Guide to Historic Forsyth” scandal and intrigue surrounded the construction of the Rosebud County Courthouse is 1914. The citizens of Rosebud County recognized the need for a new courthouse when they passed a $125,000 bond issue in 1911 to fund the building. To design a suitable replacement for the original courthouse, a wood-frame former schoolhouse, county commissioners hired Montana architects Link and Haire who ultimately designed eighteen of Montana’s 56 county courthouses.  Grey’s Construction Company of South Dakota began excavation in 1912.

Trouble commenced when it became clear that the project was more than $40,000 over budget.  In September 1913, the editor of the Forsyth Times- Journal lambasted the county commissioner for the cost overrun and brought suit to restrain them from further expenditure.  Apparently worried that his company would not be paid in full, Grays’ foreman refused to turn over the keys to the completed building, despite a court order.  Ultimately, a grand jury vindicated the commissioners ruling that the building’s design was “imposing and attractive” and it’s interior “very harmoniously and artistically decorated,” the grand jury declared that the county received “full value for the money expended.”

While industrialization has played a significant role in the development of Rosebud County, the land and its agricultural base have proven to be the roots. Livestock production, including cattle, sheep and horses, has played a significant role in the agricultural operations of the county. In short time, early irrigation techniques provided methods for crop production which vastly increased the livestock capacity. The Yellowstone River valley assists in producing an abundance of irrigated crops, and the remainder of the county offers prime grassland for cattle production and areas of dry land farming as well.

*Most of the information included in the historical narrative was cited from, They Came and Stayed: Rosebud County History. 1977. Western Printing and Lithography. Billings, Montana. 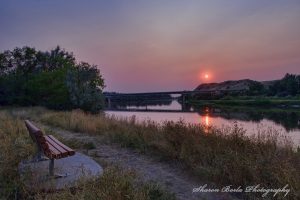 Forsyth, county seat of Rosebud County, is nestled below a rim of rough badlands along the banks of the Yellowstone River. Forsyth is a pretty town, with a lot of trees and western character. Forsyth has developed well economically without forgetting its rich history. Forsyth offers recreational opportunities and a nice place to spend the night.

Forsyth was named after General James Forsyth, who was a U.S. Army officer arriving by steamer at the site of the present town in 1875. With the abundant growth of cottonwood in the area steamers often stopped here to refuel their engines. The town was established in 1880 and earned its
post office in 1882 when the Northern Pacific arrived. The wealth the community produced in its early years can be seen by buildings located along Main Street; the Rosebud County Courthouse is one of them.

In 1910 the Milwaukee Railroad extended north into the Judith Basin opening a new territory for settlement and establishing Forsyth as a trading hub. The economy today is still fueled by the railroad.

If hunting and fishing spark your fancy, the Forsyth area will certainly appeal to you. Big game hunting includes trophy antelope as well as mule deer and whitetail deer. Upland birds’ You bet! Through the cooperation of Montana’s Department of Fish, Wildlife and Parks and area landowners, a few minutes in your vehicle puts you smack dab in the middle of ducks, geese, pheasants, grouse, partridges and wild turkeys.

Boating and fishing excitement flow with the wide Yellowstone River, right next to Forsyth. Two state parks, the Rosebud State Recreation Area East Unit and West Unit, give access to the river, with plenty of camping and picnic space.

The surrounding area abounds in agates. The Montana moss agates are modules of gray, translucent chalcedony which, when cut and polished, are seen to contain small manganese dendrites of pleasing appearance. Enthusiastic agate hunters visit the Yellowstone River banks each year, and lapidary work is the hobby of many.

Forsyth is located along what is known as the Lewis and Clark Trail. In the exploration of the great Northwest Territory, Captain William Clark passed through Rosebud County on July 28, 1806 en route down the Yellowstone River to meet Meriwether Lewis, who was traveling down the Missouri River.

Activities and/or guided services for this area include hiking, boating, hunting, fishing, and golf.

Forsyth is located in southeastern Montana, 45 miles west of Miles City and 100 miles northeast of Billings.

Colstrip is known as the “energy capital of Montana” and was born in 1924 when the Northern Pacific Railroad started mining coal nearby to fuel their steam locomotives. During this time Colstrip consisted of 63 homes, a schoolhouse (now a museum and visitor center), two churches, a mess hall, and a boarding house. But once the railroads switched from coal to diesel fuel, the mine closed and Colstrip was left nearly abandoned. But when Montana Power Company purchased the mine as well as the town site of Colstrip things turned around!

In 1968, a subsidiary of MPC, Western Energy Company, started to mine and just a few years later construction on the power plant began.

“Construction Days” of the power plant brought thousands of people to a once dying community. Many of these people lived in travel trailers and campers with their entire families! Once all four units were completed in 1983, the population leveled off and in 1999 Colstrip became a city, complete with mayor and City Council. Colstrip settled into a quiet family community.

Today, Colstrip is a quiet community with just under 2,000 citizens and 22 parks. A water slide at the Community Center entertains kids (and adults) of all ages Memorial Day through Labor Day. And don’t forget The Schoolhouse History & Art Center, the original schoolhouse built in 1924. This old building now serves as the visitor center, an art gallery, and also provides tours of the coal mine from May to October.

One the edge of town is Castle Rock Lake, where fishermen from across the state flock to catch wall-eye and bass. The lake is surrounded by bike paths and picnic areas for more summer fun.

Rosebud is located along the Yellowstone River. The region was originally explored and used by the fur traders. Rosebud Creek was popular with the beaver trappers.

Near the town of Rosebud is the spot where General Custer camped at the mouth of Rosebud Creek before traveling up that creek on his way to the Little Bighorn in his ill-fated campaign against the Indians.

On June 17, 1876, just prior to Custer’s Last Stand, over 1300 soldiers, scouts, and miners were met in battle by an equal number of Sioux and Cheyenne warriors along the hills of Rosebud Creek. Montana State Parks has developed a self-guided walking tour at the Rosebud Battlefield site.

A site of interest is a non-denominational church which is the oldest continuously operating church in the state.

The Far West State Recreation Area is one mile north of Rosebud on Highway 446. Drive half a mile west on the county road.

Rosebud is located in southeastern Montana, west of Miles City on I-94.

Lame Deer is located on the Northern Cheyenne Indian Reservation. Lame Deer is tribal headquarters and the site of the offices of the Bureau of Indian Affairs. It is also home of the Northern Cheyenne Annual Powwow which take place every July 4th, with competitive Indian dancing, contests, parades, etc. Places are available to camp and photography is encouraged. Cheyenne Trail Rides are also available.

Lame Deer is located southeastern area of Montana, southeast of Hardin on US Highway 212.

Ashland is big in cultural appeal. A historical buffalo, burial sites of Indian chiefs, Custer’s last camp before the Battle of the Bighorn, the Cheyenne Indian Museum, Ten Bears Gallery, Saint Labre Indian School and the Ashland Powwow are of special interest in the Ashland area.

Ashland is located in southeastern Montana, it is southeast of Hardin on US Highway 212.

Angela’s post office was established in 1913 with John Garvin as postmaster.

Angela is located in southeastern Montana. Northwest of Miles City on MT Highway 59.

Birney is situated on the Tongue River at the mouth of Hanging Woman Creek. The existing post office was established in December 1886 with Edward Brown being the first postmaster.

Birney is located in southeastern Montana, 25 miles south of Ashland on graveled road 566. 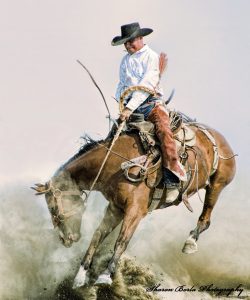 Ingomar is best known for its sheep shearing plant and is a sheep trade center. The first post office was established in 1910 with Simon Sigman as postmaster.

Explore one of North America’s last frontiers in a land still untouched by the 20th century. Ride horseback and push cattle across the most beautiful and remote country left on earth.

The local 4-H club has constructed a park with horseshoe pits and picnic tables for public use. A campground with hook-ups is open throughout the year.

Ingomar is located eastern Montana, on US Highway 12 northwest of Forsyth.

Sumatra was the highest point on the Milwaukee Railroad between Miles City and Harlowton, thus known as ‘Summit’ and later changed to Sumatra. Once a flourishing farm community, the Great Depression and harsh weather conditions put an end to all but the very hardy.

Sumatra is located in northeastern area of Montana, on US Highway 12 east of Roundup.

Hathaway was named for Major Hathaway, a U.S. Army officer. It was also a station on the railroad line. The first post office was established in 1887 with Albert Huffey as postmaster.

Hathaway is located in eastern Montana, west of Miles City on I-94.

Information on Rosebud County Communities was obtained by Travel Montana.